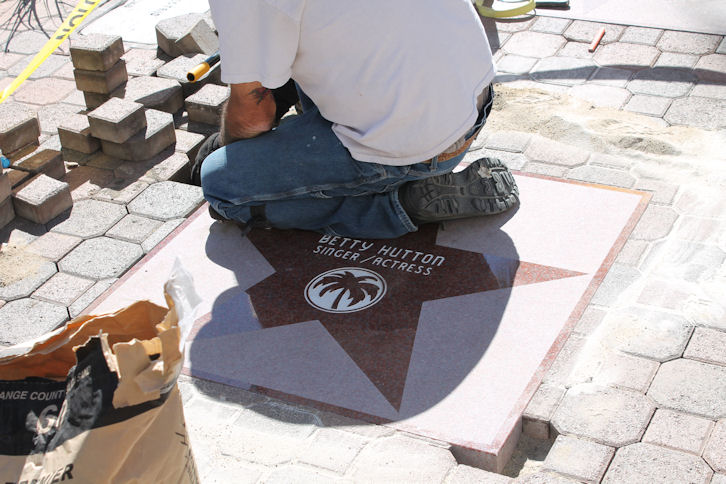 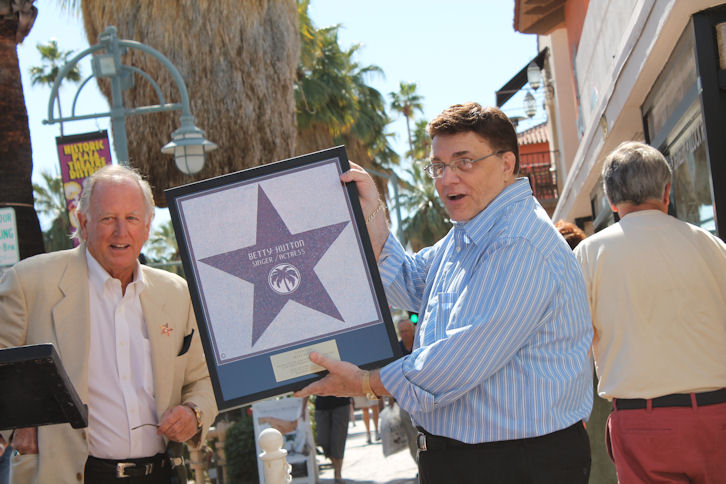 Carl Bruno, Executor of the Betty Hutton Estate, accepts a replica plaque of Betty's star from a Palm Springs Walk of Stars Board of Directors member. 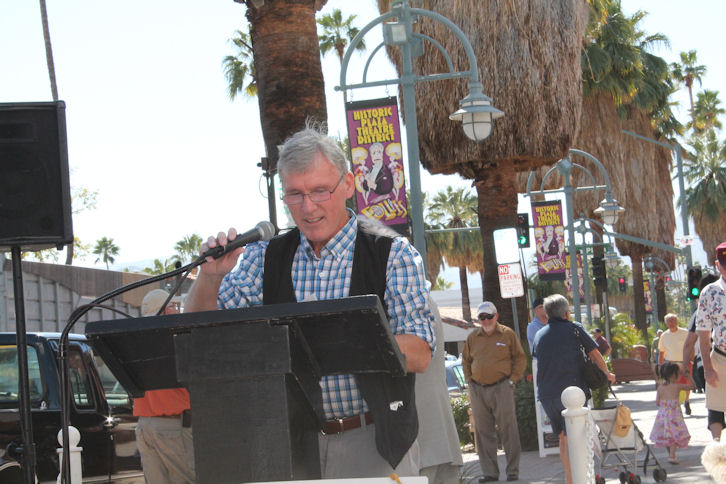 Michael Mayer was first to speak after the Palm Springs Walk of Stars Board of Directors. 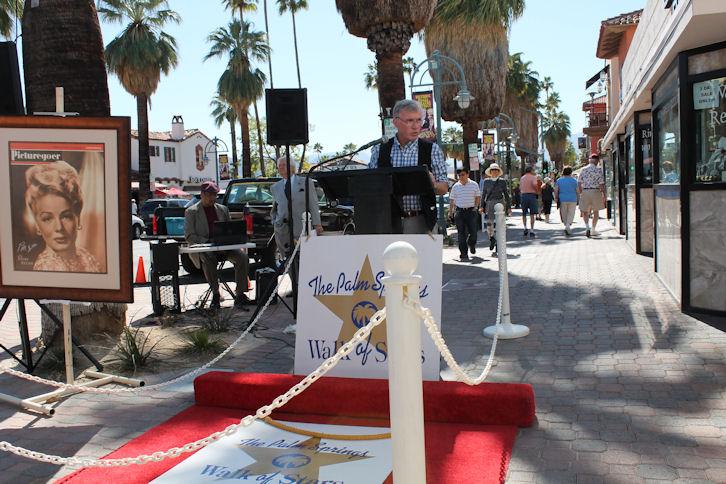 Michael Mayer speaks to the assembled audience about Betty's life and career. 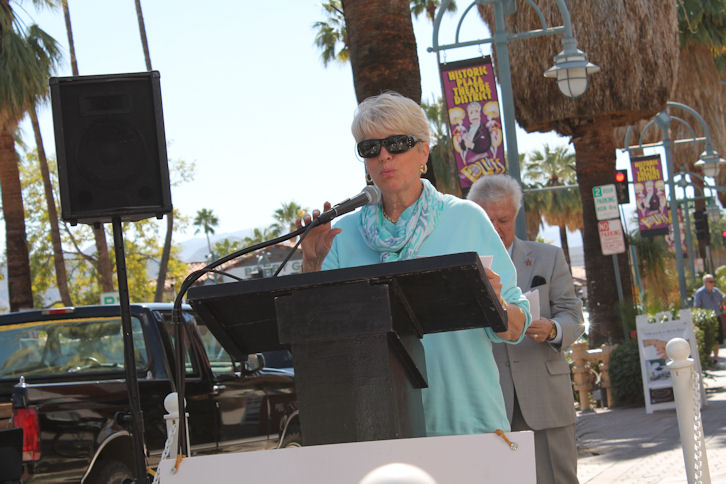 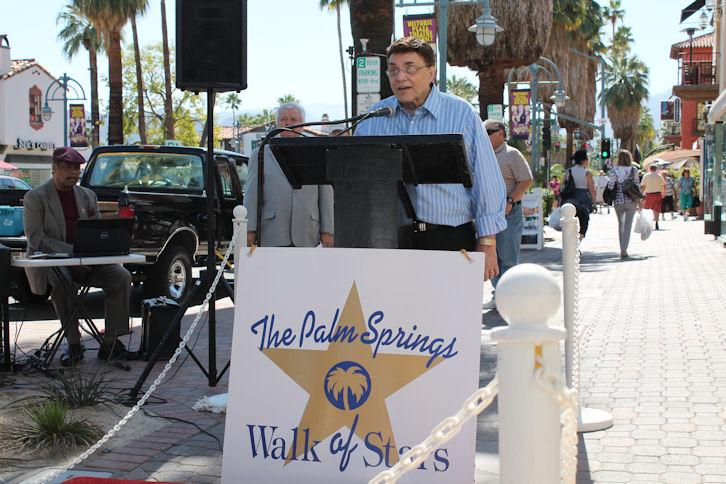 Carl Bruno shares his thoughts on what a star on the Palm Springs Walk of Stars means to him and to Betty Hutton fans. 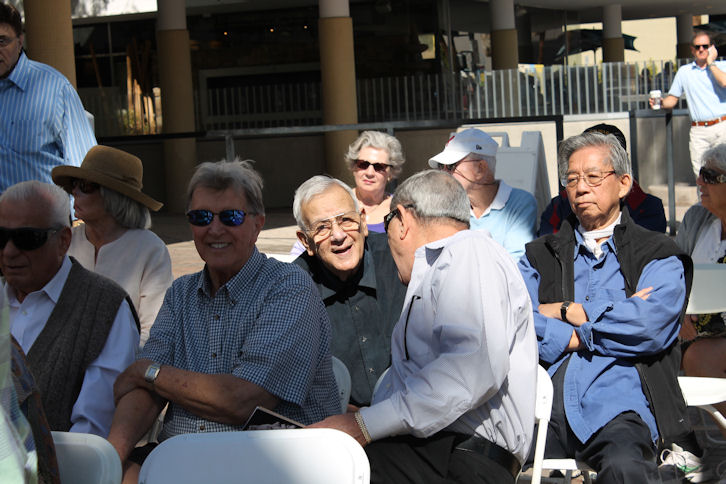 A candid shot of the crowd assembled for the ceremony. 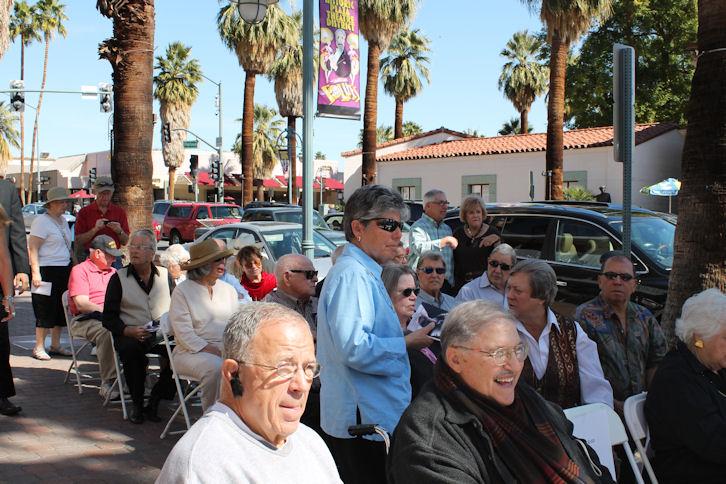 More of the audience. 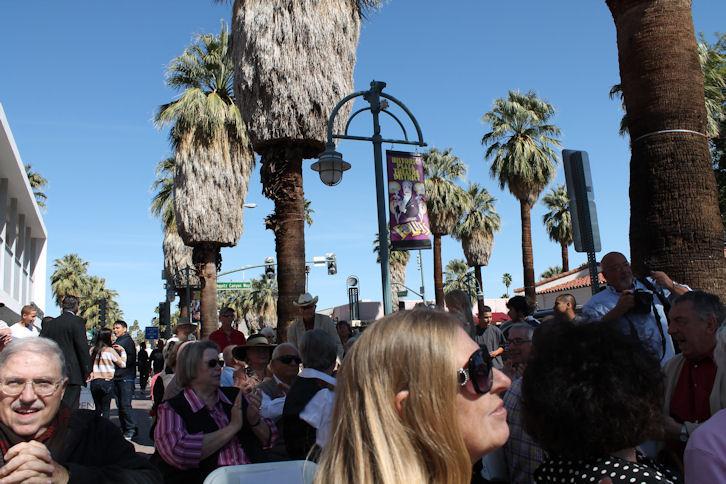 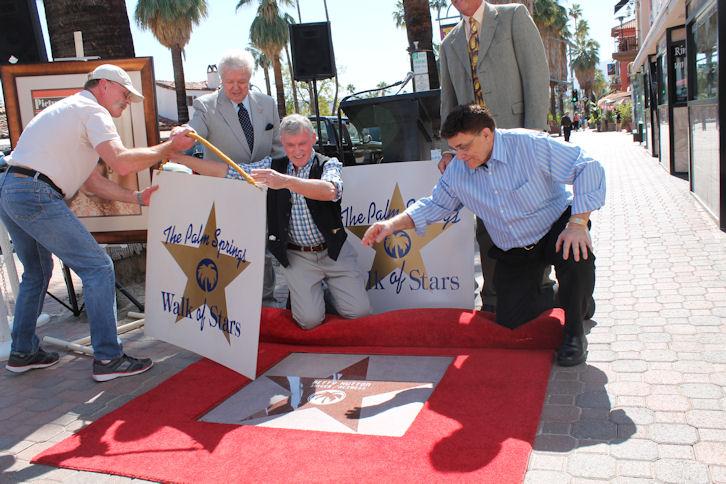 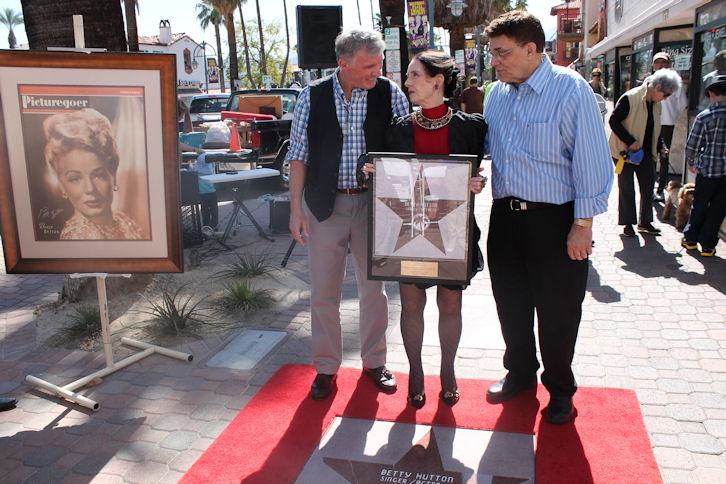 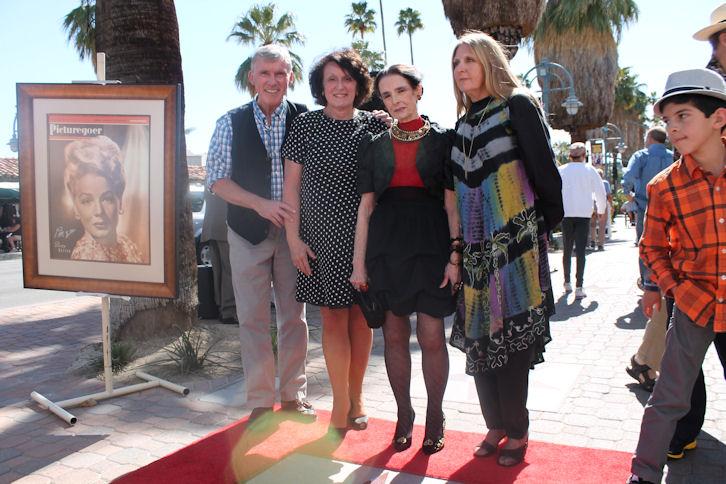 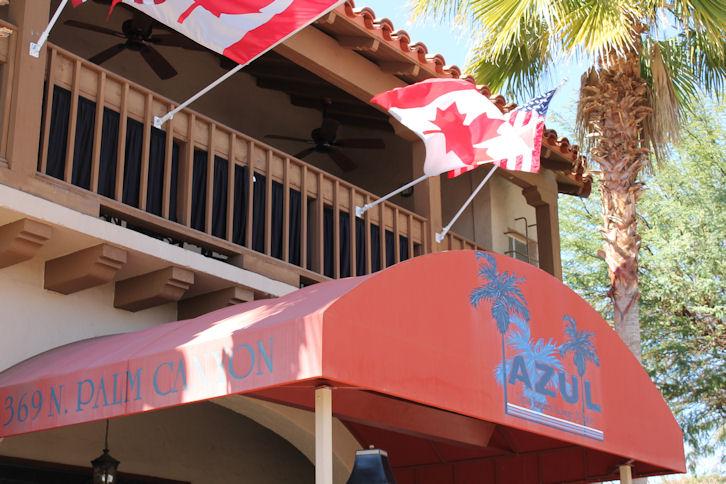 Azul Tapas Lounge, 369 N. Palm Canyon, where the after party was held. 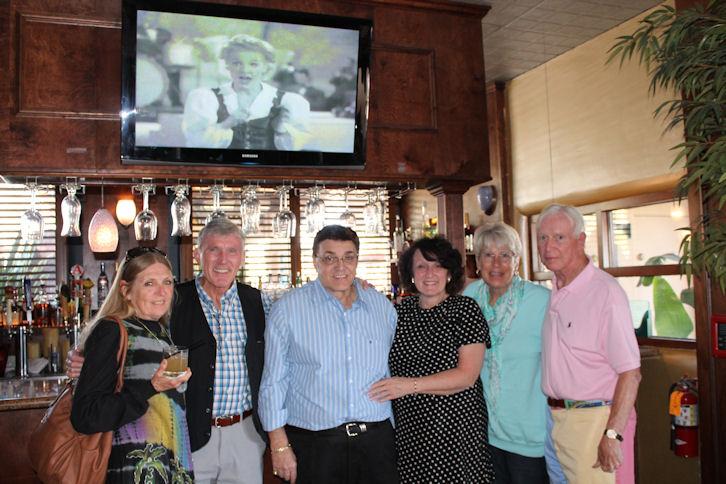 At the after party, Charlene Helm, Michael Mayer, Carl Bruno, Trish Mayer, Judy Rector, and Peter Rector pose below a big screen playing a video of Betty's life and career. 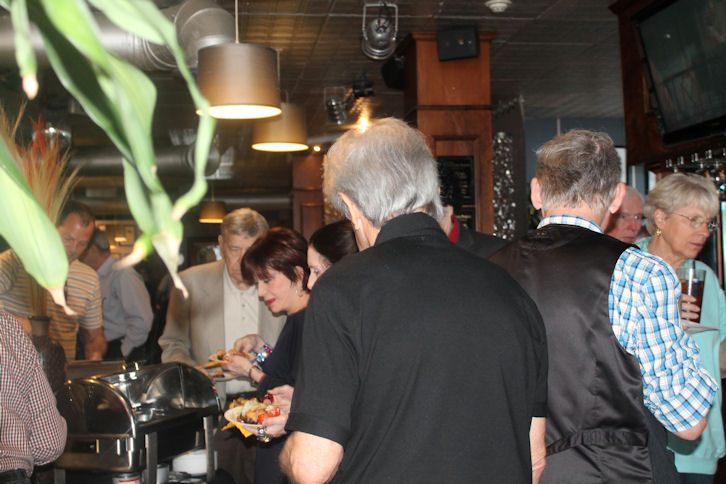 Food, drink, and happiness were shared by all! 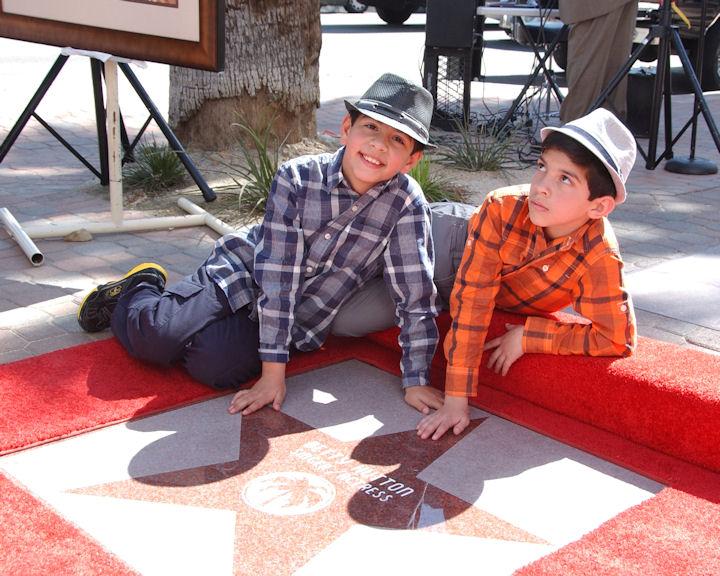